Benjamin Britten’s opera is based on Shakespeare’s popular comedy, which follows the consequences of a falling-out between the fairy-king Oberon and his queen, Tytania. Mistaken identities, confused lovers and alarming transformations are the result. From the sliding string chords of the magic wood to the rustics’ well-intentioned entertainment, Britten’s ear for beguiling orchestration and melodic invention will enchant and entice.

LIBRETTO BY
Benjamin Britten and Peter Pears, after the play by Shakespeare

By arrangement with Boosey & Hawkes, Inc., publisher and copyright owner. 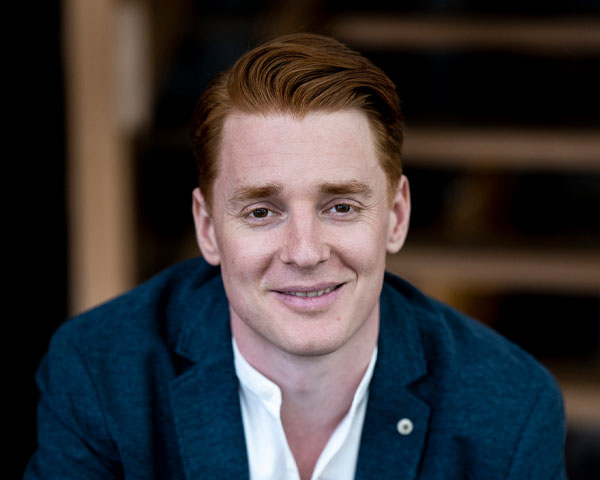 Before the Opera Begins
The marriage of Theseus and Hippolyta is to take place at the next new moon. A group of rustics is anxious to entertain the royal couple and plan a meeting in the woods to choose a play.

Just at this time, Theseus is called upon by Egeus, a prominent citizen, to invoke the old law which will force his daughter Hermia to marry Demetrius, the man of her father's choice. If she chooses not to marry him, she must accept a sentence of death or life in a convent. Theseus upholds the law and Hermia and her lover Lysander arrange in desperation to meet in the woods to decide on their fate. They make the mistake of confiding in Helena, Hermia's friend, who is so in love with Demetrius that she tells him of the lovers' flight to the woods. He follows them, pursued by Helena.

Act I
The wood is filled with fairies who have come to wish joy and prosperity to Theseus and Hippolyta. But they are disturbed by a quarrel over the custody of a young boy whom the Queen Tytania refuses to relinquish to her husband, King Oberon. Oberon decides to punish her and sends Puck on a hasty search for a magic flower that had been pricked by Cupid's arrow. Hermia and Lysander wish to marry but have run away to escape her father's order that she must marry Demetrius. The latter is pursued by Helena, whom he does not love. Oberon, perceiving Demetrius' scorn for Helena, instructs Puck to use the magic flower to force Demetrius to reciprocate Helena's love. Six rustics meet to prepare a play that they hope to perform in honor of Theseus and Hippolyta's wedding. Quince, a carpenter, plans the entertainment with much help from Bottom, a weaver. Through Puck's error, Lysander, sleeping on the ground near Hermia, is anointed. He awakens to see Helena still in pursuit of Demetrius and follows her into the wood. Oberon squeezes the juice of the magic flower into the sleeping Tytania’s eyes: when she awakes she will fall in love with the first creature that she sees.

Act II
The Rustics meet to rehearse. The knavish Puck gleefully slips an ass' head upon Bottom's shoulders. The rest of the company flees in terror at the sight. Tytania wakes up, falls madly in love with the absurd monster, adorns his head with roses, orders her fairies to wait upon him, and falls asleep in his arms. Exhausted, Demetrius lies down to sleep, and Oberon, having learned of Puck's mistake, sends his messenger to fetch Helena while he drops the love-potion into Demetrius' eyes. As Helena arrives, quarreling with Lysander, their voices awaken Demetrius who promptly falls in love with Helena. The confusion deepens and bitter words are exchanged on all sides, with the young men rushing out to fight a duel. Puck soon sets things straight by causing the four to fall asleep and removing the spell from Lysander's eyes with the juice of another flower.

Act III
Oberon, now in possession of the disputed boy, cures Tytania's enchantment and orders Puck to release the ass' head as Bottom wakes, stretches and assumes the evening's events to be part of a dream. At the break of day Theseus, Hippolyta and their train come to the wood to hunt and enjoy their wedding festivities. Their horns awaken the lovers who find themselves happily paired at last. When the Duke learns that Demetrius, now in love with Helena, willingly gives up Hermia to Lysander, he is so pleased that he invites the lovers to be married in the same ceremony with himself and Hippolyta. The rustic's play is chosen to be performed. When midnight strikes, Theseus declares that it is time for bed. Oberon, Tytania, the fairies and Puck appear and give their blessing.

The music of A Midsummer Night's Dream is characterized by utterly distinctive sound-worlds, as Britten uses his gift for orchestration to achieve just the right effect for each group of characters. Harps, celesta, percussion and harpsichord are used to accompany the mysterious and sinister world of the fairies; strings and woodwind are associated with the lovers; bassoon and low brass define the bumbling rustics.

The vocal score is one of Britten's richest, with the fairies much spikier than might be expected, and Tytania's coloratura and Oberon's counter-tenor sounding suitably other-worldly.