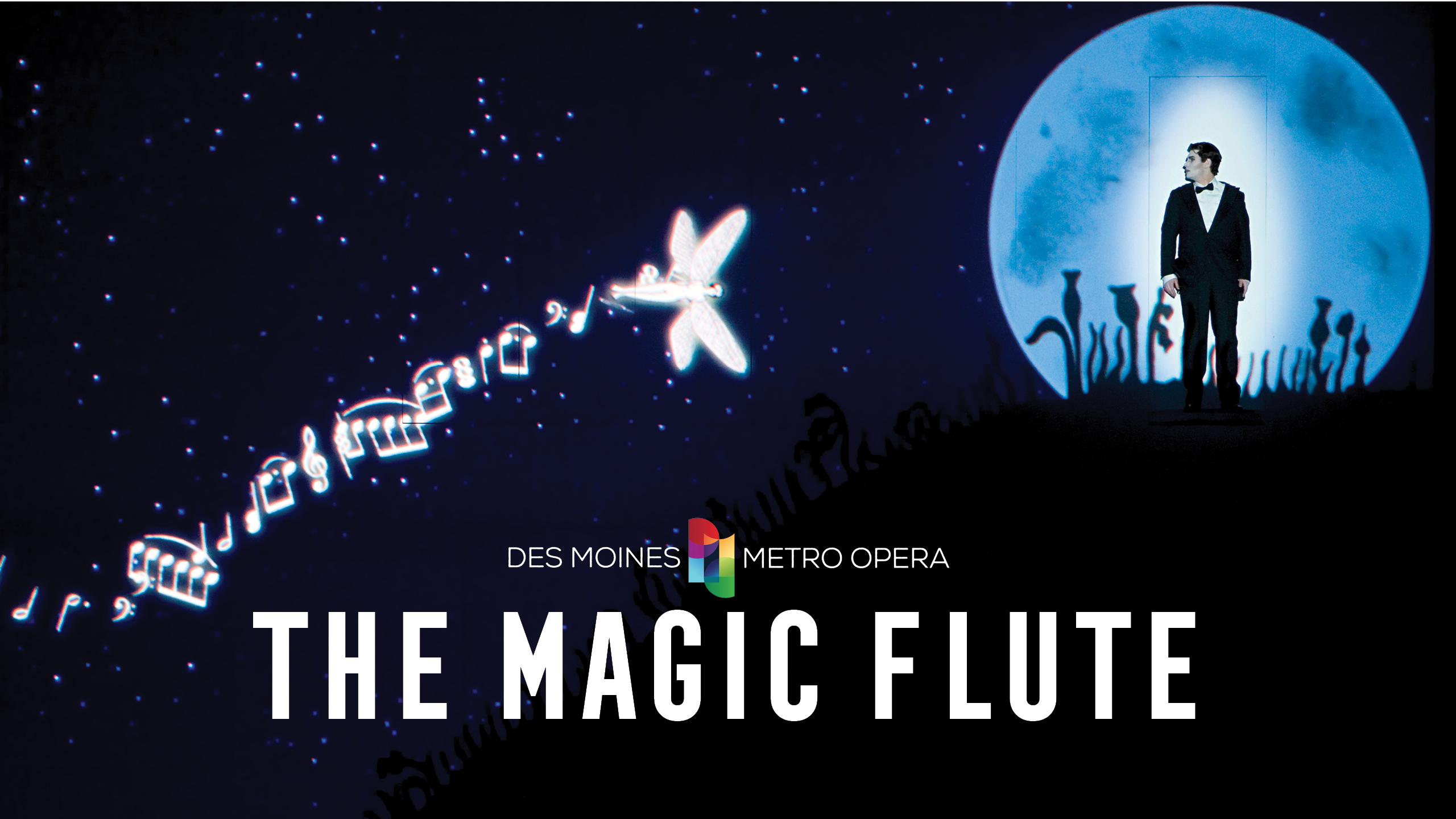 Indianola, IA — Des Moines Metro Opera (DMMO) today announced a $2 million leadership gift from Des Moines-based philanthropists Nix and Virginia Lauridsen in support of a ground-breaking production of Mozart’s The Magic Flute, which will kick off the organization’s 50th Anniversary Season in 2022.

This crowd-pleasing and family-friendly production of Mozart’s final operatic masterpiece will be staged at the Des Moines Civic Center for two public performances on March 5 and 6, 2022, and a free matinee for area school children on March 7. Fantastical hand-drawn animation synchronized with live performance combine to set a surreal stage upon which quirky characters, all cleverly based on familiar silent-movie personalities, explore love, truth, and the pursuit of enlightenment. This acclaimed production from the Komische Oper Berlin and the British theatre group, 1927, has delighted audiences around the world and received much international praise. “This is not your customary Magic Flute,” said Michael Egel, DMMO’s General & Artistic Director. “Komische Oper’s Barrie Kosky is a visionary who challenges us to think of theatrical spaces differently. His bright, technicolor production combines silent movies with children’s cartoons and folk art for a captivating family-friendly experience.”

In support of The Magic Flute and the Des Moines Metro Opera Foundation, the organization has received a $2 million leadership gift from Nix and Virginia Lauridsen in anticipation of DMMO’s upcoming 50th anniversary. “Nix and Virginia Lauridsen are philanthropic visionaries.” said Egel “In addition to transforming our region through leadership support of projects such as the newly opened Lauridsen Skatepark to the Lauridsen Amphitheater at Waterworks Park, they understand the value of a vibrant arts and culture sector to our community. They have made a significant impact on our Company in recent years.”

In 2016, the couple made a leadership gift of $1 million to support DMMO’s efforts to revitalize the organization’s administrative headquarters housed in Indianola’s historic 1904 Carnegie Library and to place it on the National Registry of Historic Places. Their current $2 million gift comes as the organization resumes live performances next month following the success of its 2020 Virtual Festival and prepares for its 50th Anniversary in 2022. Virginia Lauridsen is the current President of the Board of Directors at DMMO and serves on the Board of Overseers of the National Opera Center in New York City. In addition to a remarkable career as an opera singer and voice teacher herself, she and Nix are admired benefactors of the Greater Des Moines community. "Nix and I strive to support causes that will benefit the entire community. We believe that Des Moines Metro Opera is an artistic gem. As an internationally acclaimed company, DMMO attracts visitors from around the world and brings a high level of artistic achievement and acclaim to Iowa. We are thrilled that this innovative production of The Magic Flute will be performed at the Civic Center, where it will be enjoyed by audiences of all ages," said Virginia.

The Magic Flute will join a list of other productions that DMMO has offered at the Des Moines Civic Center, including Aïda (1984), Hansel and Gretel (1992), Tosca (1998) and La Bohème (2001). “Returning to the heart of downtown through a large-scale performance at the Civic Center is always a monumental occasion for us. Jeff Chelesvig and his team have welcomed us with open arms,“ said Egel. Jeff Chelesvig, President and CEO of Des Moines Performing Arts said, “In 1984 the Des Moines Metro Opera produced Verdi’s Aïda at our then five-year-old Civic Center, a production that is still talked about today. The Magic Flute will be the fifth DMMO production in our theatre, and we are very pleased and honored to host this amazing production in celebration of the company’s 50th anniversary.”

For more information about The Magic Flute, the organization’s 50th Anniversary Season in 2022, or the upcoming 49th Festival Season, please visit www.desmoinesmetroopera.org or call 515-961-6221. Press inquiries may contact Director of Marketing and Public Relations, Scott Arens, at sarens@dmmo.org or 515-209-3255. 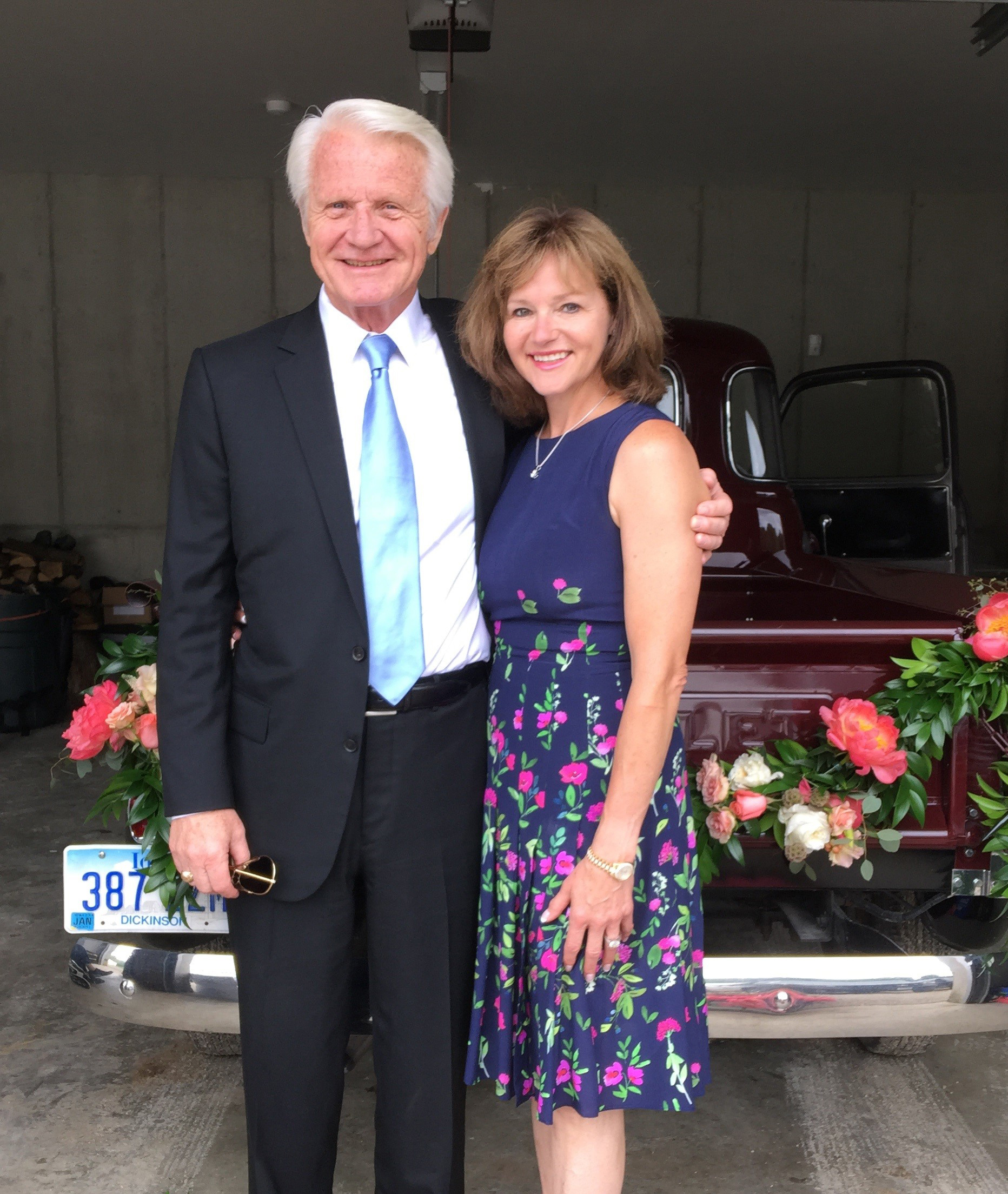 IMAGERY
High-resolution and web-ready imagery and logos can be found by following this link to our Press dropbox: https://www.dropbox.com/sh/of0xq49tjhalb1l/AACKJkUHP_HM96G3T8H8iaLMa?dl=0

Watch the trailer of The Magic Flute: https://youtu.be/M34NMUtj2K4

ABOUT THE MAGIC FLUTE
One of the greatest operas ever written, Mozart’s timeless classic deals with the search for truth and reason, love and enlightenment. It follows the adventures of Prince Tamino and the bird-catcher Papageno on their quest to rescue Pamina from the clutches of Sarastro at the behest of the bewitching Queen of Night. To assist their mission, they are given musical instruments enhanced with magical powers, which they deploy to conquer the trials and tribulations placed in their path towards a deeper understanding of true love and happiness.­

THE 50th ANNIVERSARY SEASON
Founded in 1973, Des Moines Metro Opera will celebrate its 50th Anniversary Season in 2022. The Magic Flute will be a pre-summer season production held prior to the summer’s three-opera mainstage season. The Company recently announced the World Premiere of a newly commissioned work for the Summer Festival Season based on Jane Smiley’s 1991 Pulitzer Prize winning novel A Thousand Acres with music by Kristin Kuster and libretto by Mark Campbell. Additional productions and other information regarding the 50th Anniversary Season will be announced soon. DMMO recently released updated plans for its 2021 Summer Festival Season, which can be found here.