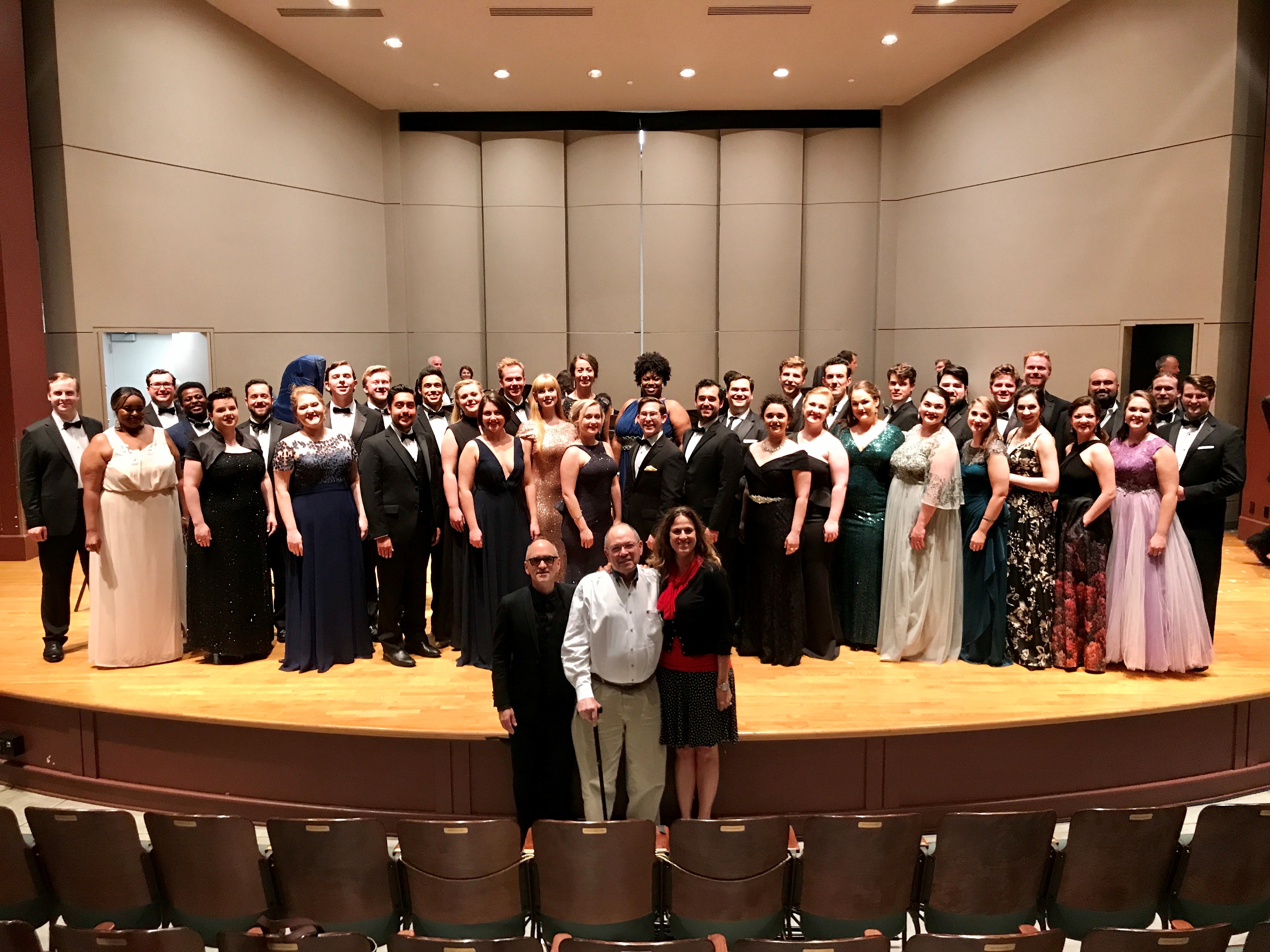 Indianola, IA — Des Moines Metro Opera (DMMO) today announced a $1 million leadership gift commitment from long-time patron, opera lover, and friend Frank R. Brownell III to secure the future of one of the Company’s flagship programs – the Apprentice Artist Program for young singers. Begun in 1975, the Apprentice Artist Program is a comprehensive career training program that bridges the gap between academic studies and a professional career in opera for some of the brightest and best talents in America. It is one of the oldest, largest, and most respected programs of its kind in the United States, annually receiving nearly 1,000 applications for 40 positions. This gift comes as the Company prepares to celebrate its 50th Anniversary in 2022.

“Philanthropy on this scale is overwhelming on its magnitude alone. But when a major gift like this comes from a donor who has become a close, personal friend over the years, it is truly breath-taking,” said Michael Egel, General & Artistic Director. “Frank shares my passion for identifying promising young singers and searching near and far to find them.” Brownell has been known to join Egel and the program’s current director Lisa Hasson for an hour or two of a long audition day in New York and sit quietly off to the side, making notes of questions to ask the panel afterwards about singers he heard. “Frank’s inquisitive and sincere interest in understanding what we hear and how singer training and development works provides a valuable perspective for us. His belief in our mission to provide performance opportunities for aspiring artists to hone their craft is genuine and unwavering. This gift helps to secure that opportunity for generations to come. We are deeply grateful.”

Frank and his late wife Nancy began attending Des Moines Metro Opera performances in 1974, the second season of the organization. Their love of operatic performances continued to grow over the years and so did the frequency of their attendance, sometimes seeing each opera of the season multiple times. After Nancy’s passing in 2001, Frank continued to attend and deepen his relationship with DMMO and the art form in general, annually traveling to Chicago, New York, San Francisco, or Santa Fe to attend performances. Over the years he has developed his own list of favorite operas, memorable productions, and great performances, but DMMO has remained the most important. “Of all the causes I support, this one is just about the most important, followed by the local hospital which fixes the body. DMMO fixes everything else,” says Brownell. His favorite opera is La Rondine, which was the first opera DMMO produced in 1973.

For ten seasons Brownell has provided annual leadership support to the Apprentice Artist Program. In 2020, when the COVID-19 pandemic forced the cancellation of the Summer Festival Season, Brownell’s continued annual support enabled DMMO to honor the contracts of all 40 apprentice artists selected for the season and for the program to pivot to a virtual format. Apprentices received 8 weeks of coaching and seminars conducted electronically. They also offered free public performances of individual arias, opera scenes, and Frank’s beloved “Stars of Tomorrow” Concert. Their season concluded with a masterclass by Metropolitan Opera Music Director Yannick Nezet-Seguin. “Not only did Frank’s support enable us to honor all contracts last season, he also helped us provide a small bonus and a re-engagement for all 40 artists to return for the 2021 Summer Festival Season if they were able. Going forward, this gift allows us to remove all application fees for singers who wish to audition for DMMO, helping to ensure even greater access for all young artists,” said Egel.

The program and its participants are essential to DMMO's summer festival model. During their time in Iowa, apprentice artists participate in a seven-week training program designed to provide the skills necessary to bridge the gap between academic study and a professional career. DMMO assembles a staff of 15-16 talented conductors, directors, coaches, and language specialists to help guide each singer’s development. Lisa Hasson, the program’s director, works with Egel to craft a summer’s worth of assignments. “I am so grateful for Frank Brownell’s ongoing sponsorship of DMMO’s apprentice artist program. It is because of his extraordinary generosity that we have been able to consistently attract and mentor so many of the country’s best young singers,” said Hasson. “Having gotten to know him over the last number of years, I am continually moved by his profound love of opera and DMMO.”

Lauded by the Chicago Tribune as “one of the most enterprising summer opera fests in the nation,” Des Moines Metro Opera is a progressive opera company located in the heart of Iowa that has taken its place among America’s leading opera festivals. Founded in 1973, it is one of the largest performing arts organizations in Iowa, annually producing over 100 performances in the metro area and across the region. In 2019 over 94,000 people experienced Des Moines Metro Opera programming via mainstage performances, educational programs and statewide television and radio broadcasts. The opera’s 2021 Festival Season, which runs July 2-25, includes Sondheim’s Sweeney Todd, Tchaikovsky’s The Queen of Spades, Rameau’s Platée, Spears/Pierce’s Fellow Travelers, and a special artist recital, The John Holiday Experience. More information about Des Moines Metro Opera is available at www.desmoinesmetroopera.org. Follow Des Moines Metro Opera on Facebook, Instagram, Twitter and YouTube!

IMAGERY
Pictures of Mr. Brownell and DMMO logos can be found by following this link to our Press dropbox: https://www.dropbox.com/sh/y28hpri3ayldkex/AAB65qLqRPt6gUmC3G6xHvMxa?dl=0