In lieu of an in-person festival, Des Moines Metro Opera is teaming up with our friends at Iowa PBS to share online and televised presentations of our recent productions of Billy Budd, Rusalka, Manon, Le Comte Ory and Bon Appétit! These broadcasts will serve as the centerpieces of our transformed 2020 Virtual Festival and will be supplemented by artist recitals, cast reunions, interviews, prelude talks, and digital versions of annual DMMO events. To share these fantastic productions with audiences around the world is the realization of a long-held dream. 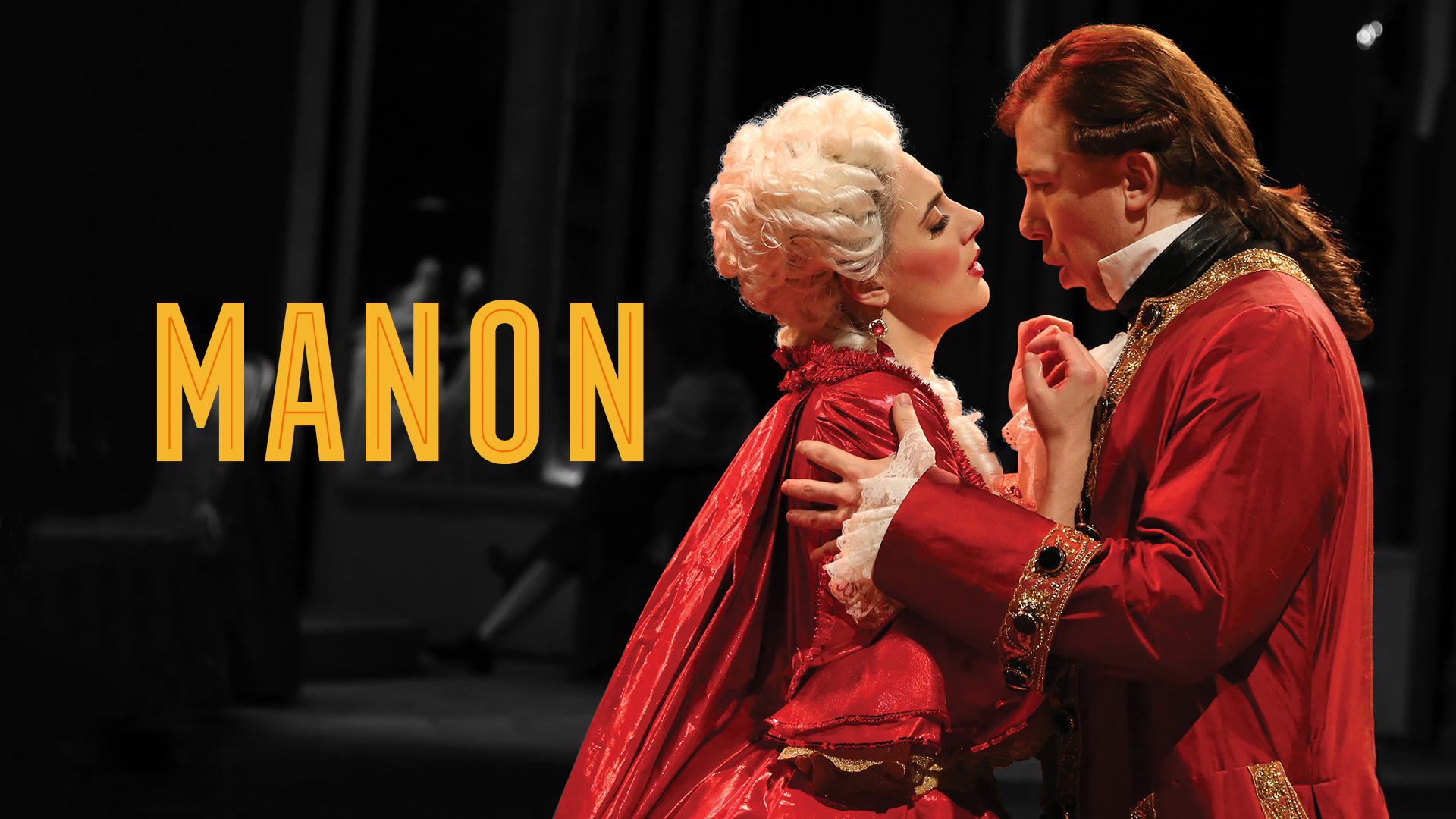 When: Sunday, June 28 at 2:00pm (CDT)
Where: Online at IowaPBS.org or on television for Iowa audiences
Cost: This online and televised broadcast is free!

Jules Massenet wrote several stylish, witty and beautiful operas, but it is Manon for which he is best remembered. The opera tells the story of the impulsive Manon, who falls in love with the young Chevalier des Grieux but also longs for the life of luxury and excitement offered by the rich nobleman De Brétigny. Her choice between young love and the allure of life's temptations is a timeless tale. In this broadcast from our 2016 production, soprano Sydney Mancasola and tenor Joseph Dennis star as the young Manon and Chevalier des Grieux, respectively. Maestro David Neely conducts and the production is directed by Kristine McIntyre. 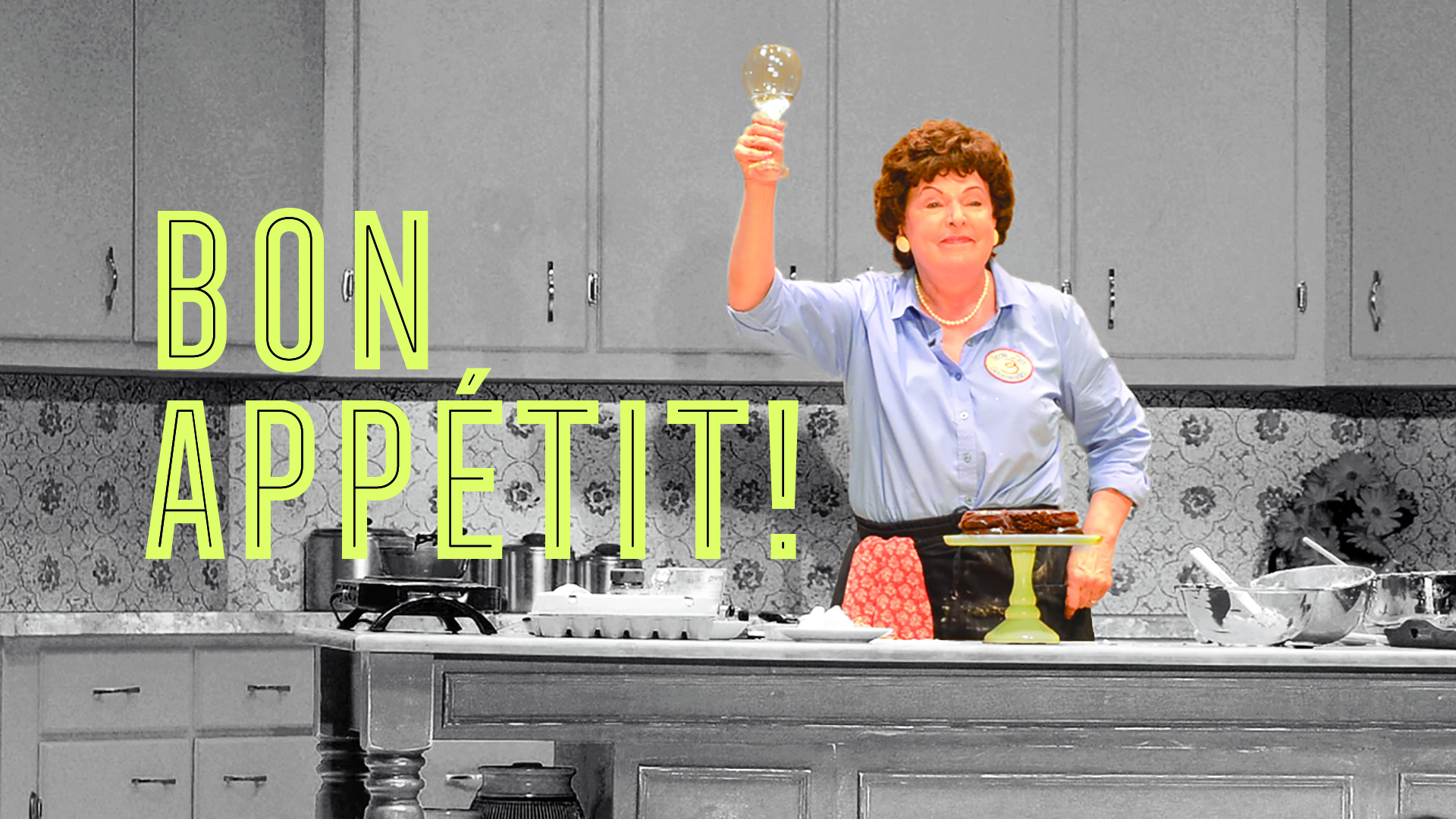 When: Sunday, June 28 at 4:30pm (CDT)
Where: Online at IowaPBS.org or on television for Iowa audiences
Cost: This online and televised broadcast is free!

In the 1960s, a charismatic woman with a passion for French cuisine introduced Americans to the art of French cooking and, over 50 years later, Julia Child continues to captivate the public's imagination.

Acclaimed mezzo-soprano Joyce Castle will portray the master chef herself as she prepares Le Gateau au Chocolate l’Eminence Brune (a chocolate cake) in this new production of Lee Hoiby's delightful one-act opera presented on location and in partnership with the Iowa Culinary Institute at Des Moines Area Community College. This broadcast of our 2019 production features Elden Little at the piano with direction by Nathan Troup. 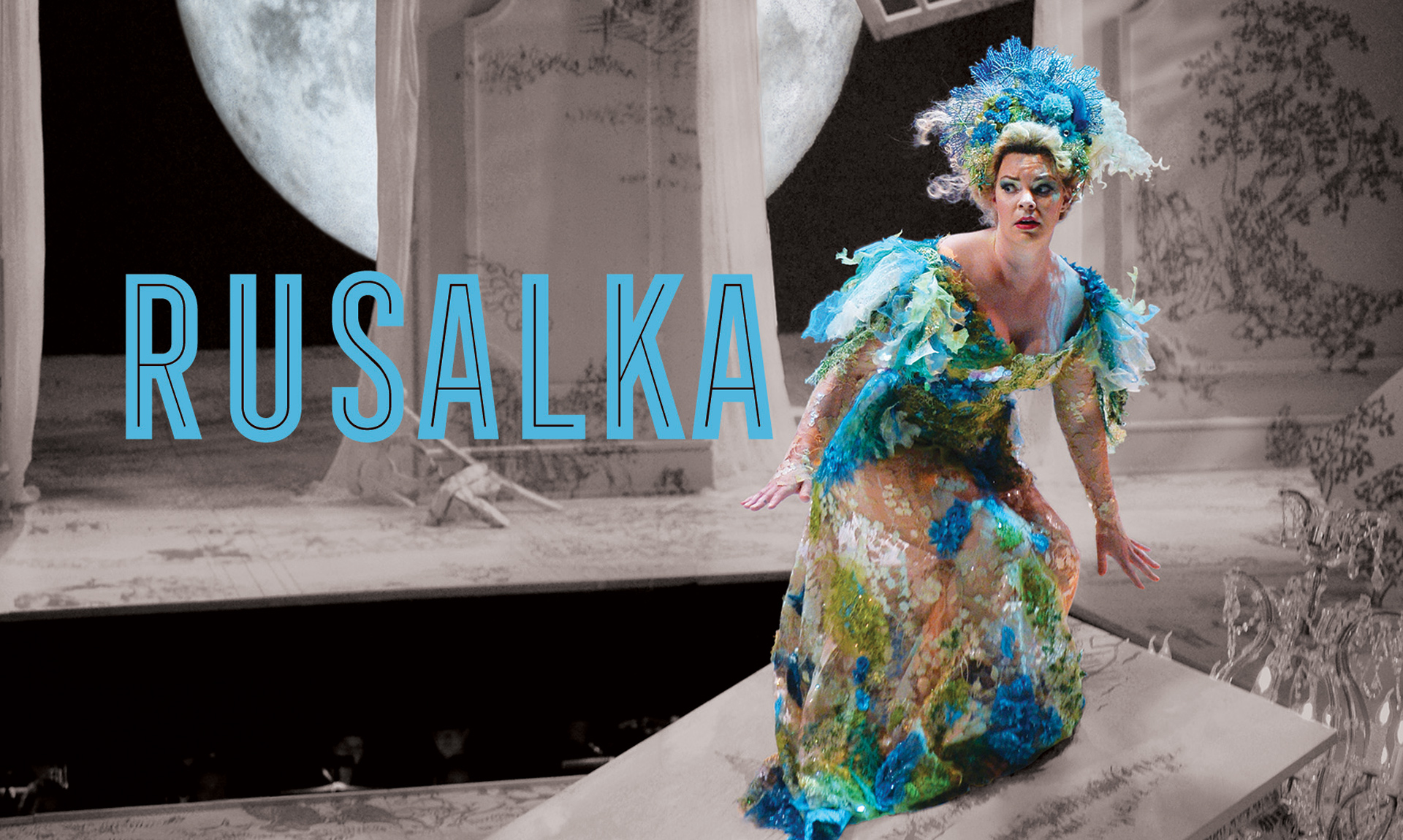 When: Sunday, July 5 at 2:00pm (CDT)
Where: Online at IowaPBS.org or on television for Iowa audiences
Cost: This online and televised broadcast is free!

Based on a familiar fairy tale tinged with seductive pastoral beauty and evocations of the supernatural, Antonín Dvořák’s Rusalka features a heroine who longs to transform herself for love, a jealous rival, witchcraft, and an opulent score. Rusalka, a beautiful water nymph, falls in love with a human prince and will do anything to escape her enchanted moonlit world to become human—but her wish comes at a very high price. Dvořák juxtaposes the mortal and the mythical with beautiful folk melodies and luminous arias, including Rusalka’s familiar and radiant “Song to the Moon.” In this broadcast of our 2018 production, soprano Sara Gartland enchants as Rusalka with tenor Evan LeRoy Johnson and mezzo Jill Grove making their DMMO debuts as the Prince and Ježibaba, respectively. Maestro David Neely leads the production with direction by Chas Rader-Shieber. 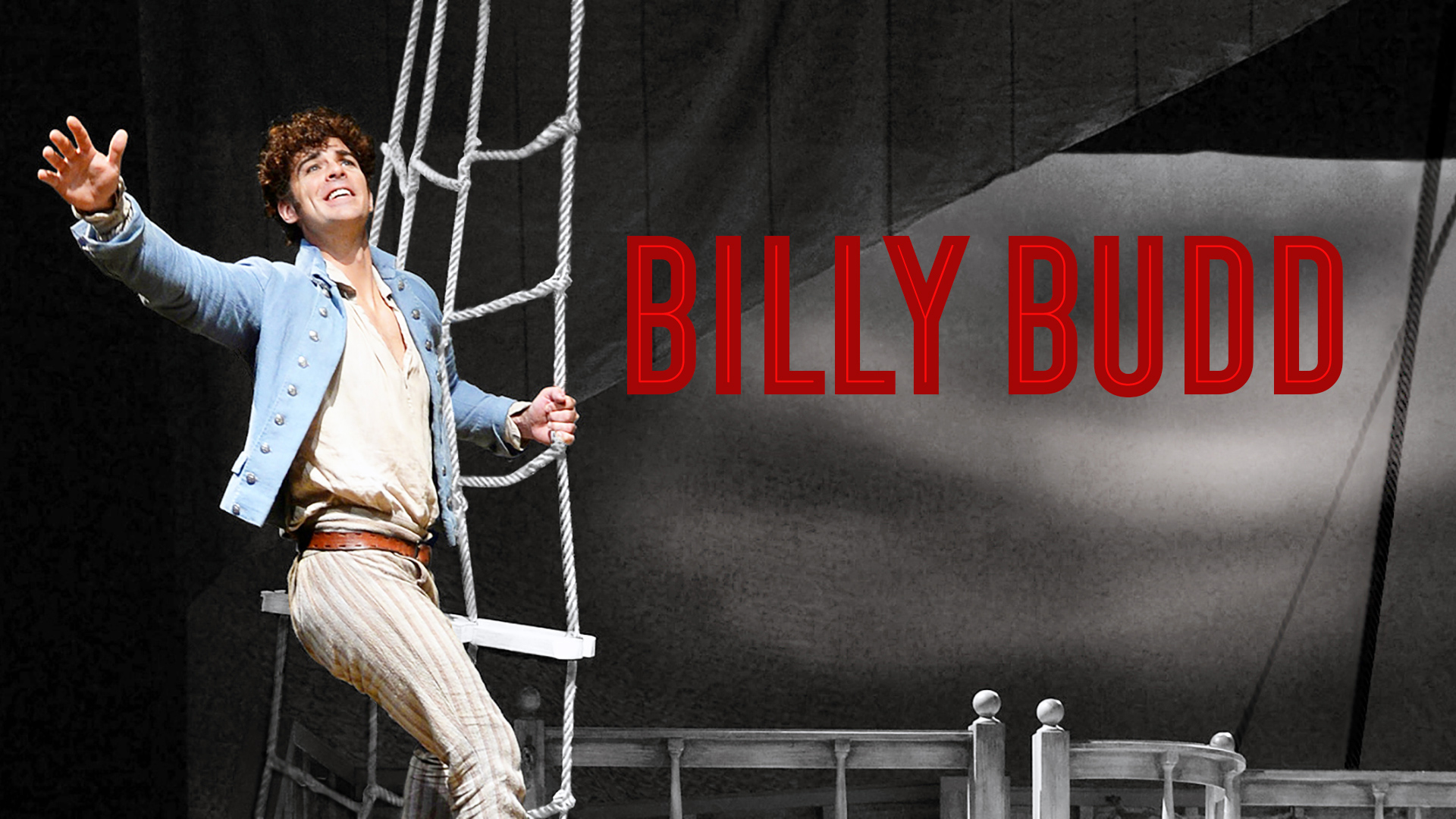 When: Sunday, July 12 at 2:00pm (CDT)
Where: Online at IowaPBS.org or on television for Iowa audiences
Cost: This online and televised broadcast is free!

One of opera’s most grandly scaled masterpieces, Billy Budd is Herman Melville’s classic American tale adapted by English novelist E.M. Forster. It tells the story of the persecution and destruction of a young sailor by a predatory master-at-arms. From rollicking sea shanties to bombastic choral episodes, Benjamin Britten’s searing opera roars to life in a spectacular new production that transforms a British man o’ war into a crucible for human faith and error. In this broadcast of our acclaimed 2017 production, baritone Craig Verm stars as the young Billy Budd with tenor Roger Honeywell as Captain Vere, and bass Zachary James makes his DMMO debut as the Master-at-Arms, John Claggart. Maestro David Neely leads the production with direction by Kristine McIntyre. 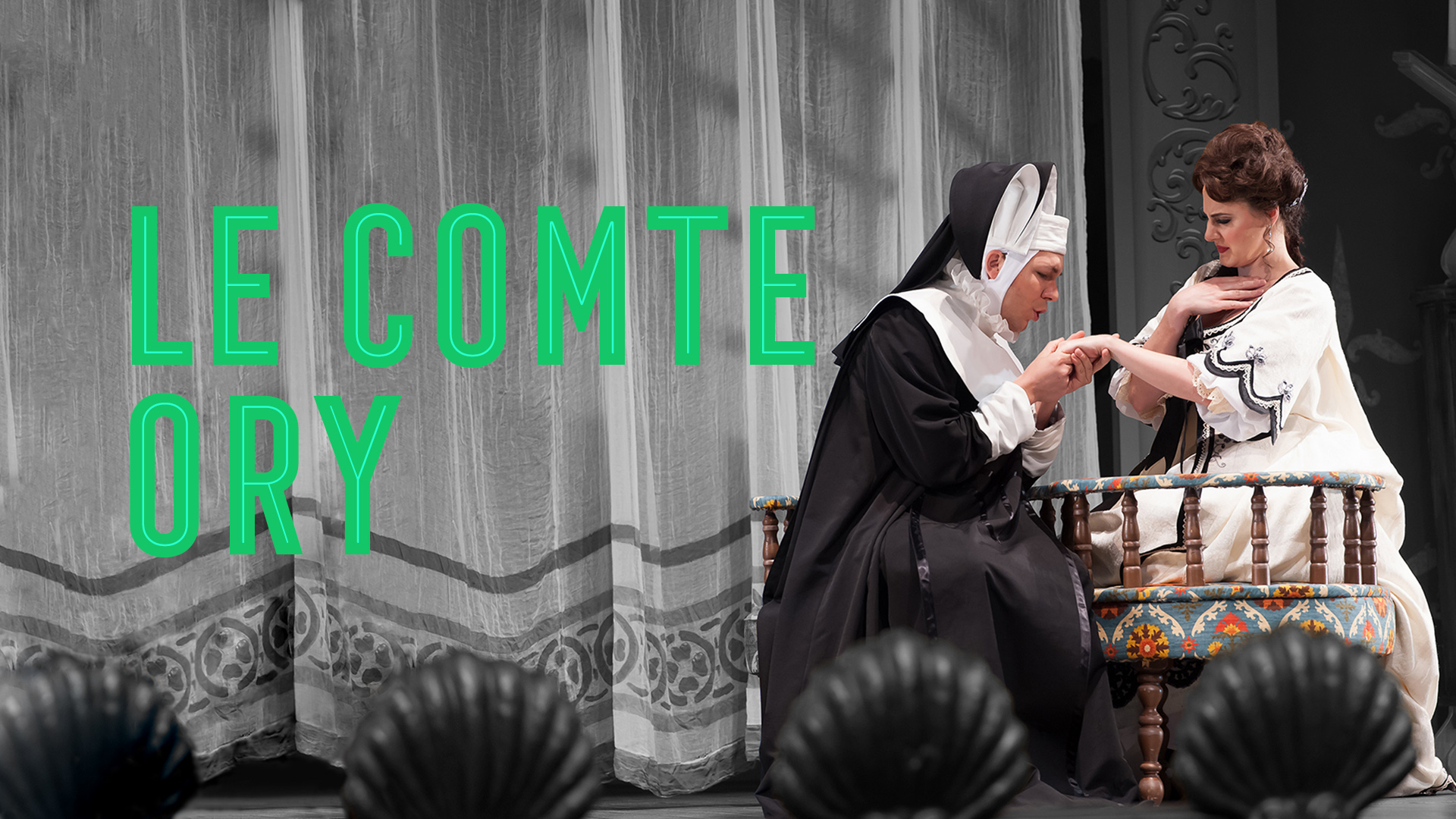 When: Sunday, July 19 at 2:00pm (CDT)
Where: Online at IowaPBS.org or on television for Iowa audiences
Cost: This online and televised broadcast is free!

Rossini’s effervescent Le Comte Ory is a comic tale of disguise, seduction, and the victory of virtue. The scene is the French countryside; the time, the Middle Ages during the Crusades. Count Ory, a young nobleman, will do just about anything to conquer the chaste Countess Adèle—but his page Isolier will do even more to win her love. The result is a triangle of intrigue, counter-intrigue, and counter-counter-intrigue that features some of the most gorgeous and vocally dazzling music in the operatic repertoire. In this broadcast of our delightful 2014 production, tenor Taylor Stayton stars as the young Count Ory with soprano Sydney Mancasola and mezzo Stephanie Lauricella making their DMMO debuts as the Countess Adèle and Isolier, respectively. Baritone Steven LaBrie sings the role of Raimbaud, mezzo Margaret Lattimore sings Ragonde and bass-baritone Wayne Tigges sings the Tutor in this production led by Dean Williamson with direction by David Gately.